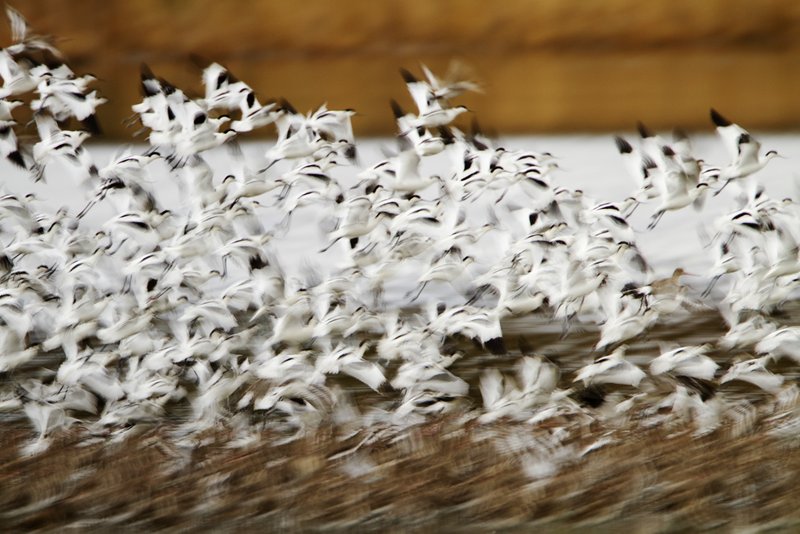 Each year I fondly look forward to the appearance in numbers of these elegant waders, to my mind the sight of a circling flock is one of the most dramatic avian sights of the Exe Estuary and brings many visitors to view the spectacle. My sightings from the last few years record the height of their numbers being between late January and early February, though they can be seen in small numbers from August and on to early April.

Internet research reveals that most of the UK breeding pairs (780 to 1,500 depending on the source) head to the South East of the UK during the summer and then move west joined by migrants from the continent amounting to 500+ individuals at the height of their high tide attendance on Bowling Green Marsh and 7,500 or so across the south of the UK. I have found them to be a reliable species to find at Bowling Green for an hour to two hours either side of high tide. When waiting for their arrival once the Redshank start to roll in the Avocet won't be far behind.

An avocet was chosen as the emblem for the UK Royal Society for the Protection of Birds (RSPB) due to their notoriety and popularity. Their reappearance in the UK during the second world war as a result of closed beaches and flooding of land to counter attacks. This good fortune was then supported by determined conservation efforts and has been a notable conservation success. There bold and distinctively patterned black and white plumage also made for an instantly recognisable species in the days of black and white print.

These beautiful waders with their unusual upturned fine bill and long blue legs are strikingly unmistakable. Their side to side sieving action in 'sloppy mud' also being most distinctive as the search for invertebrate food. They tend to breed in loose colonies, the nest being a mere scrape in the ground. Adults are noted for their hostility towards other species and the very cute young are and up and running around within hours of hatching.

If you would like to catch-up with these and many other waders then a winter high tide visit to the Bowling Green Marsh Hide is a must.

Below are some of my Avocet images from 2011's Bowling Green Forays, my personal favourites being the intentionally blurred one's emphasising movement. 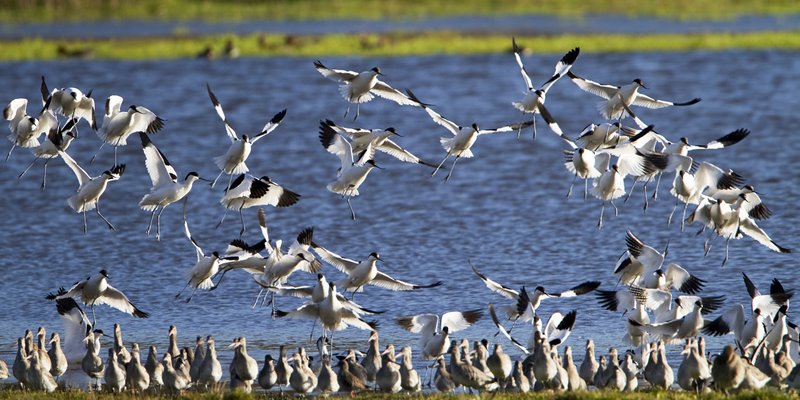 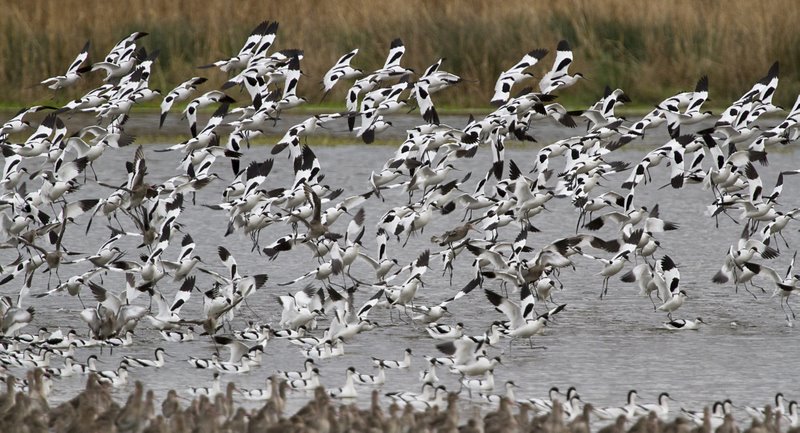 Coming at Ya - Duck 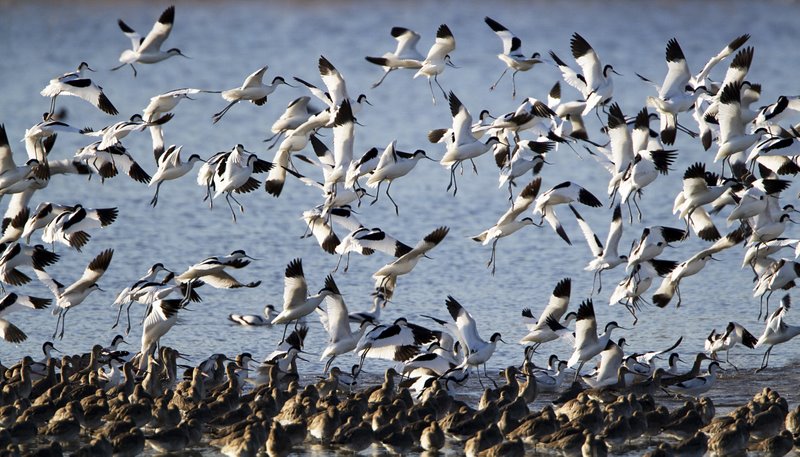 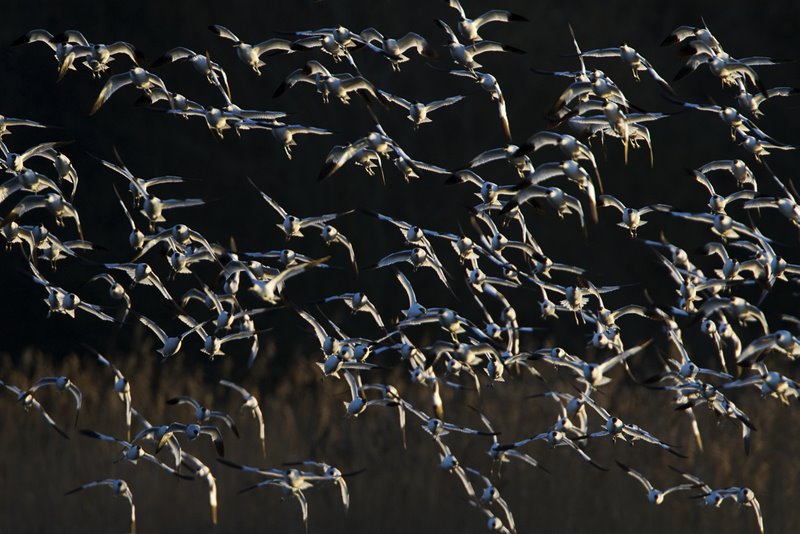 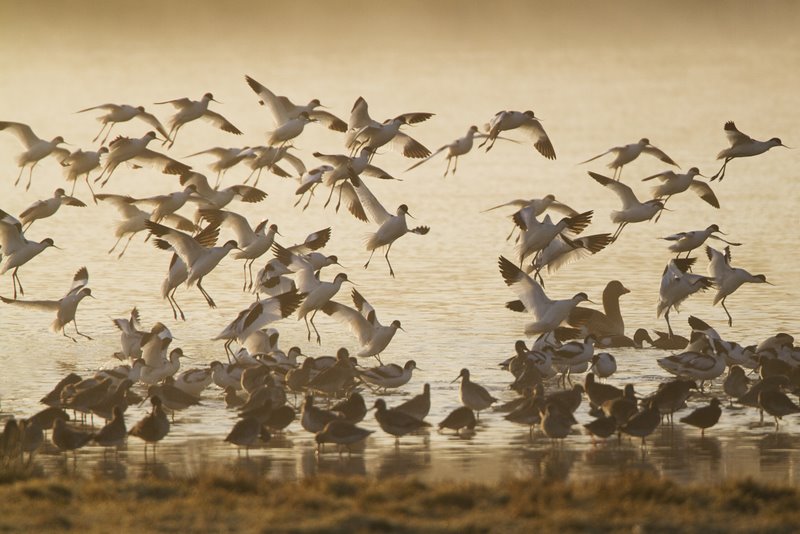 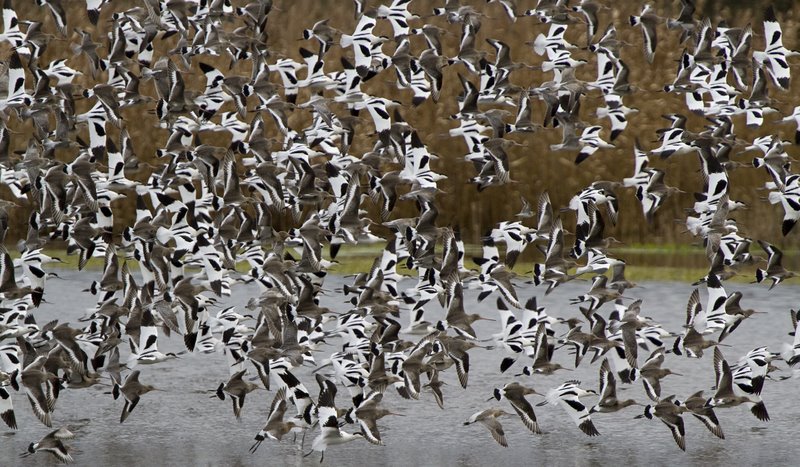 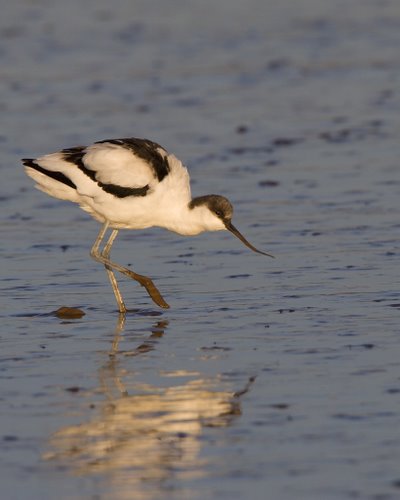 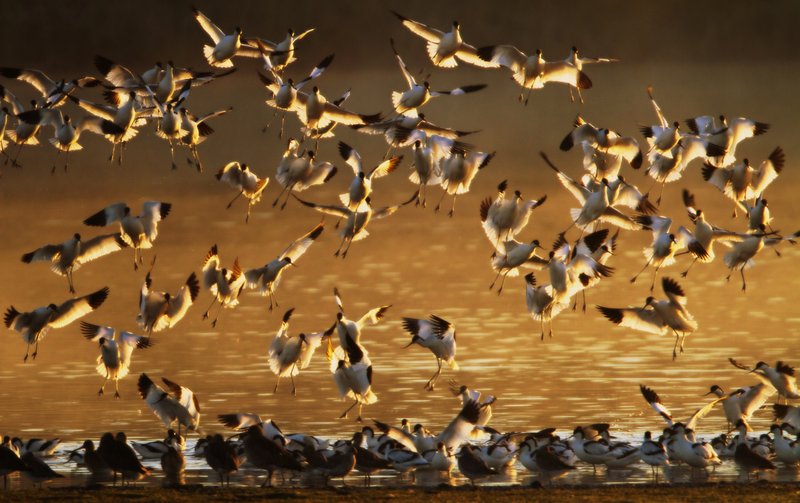 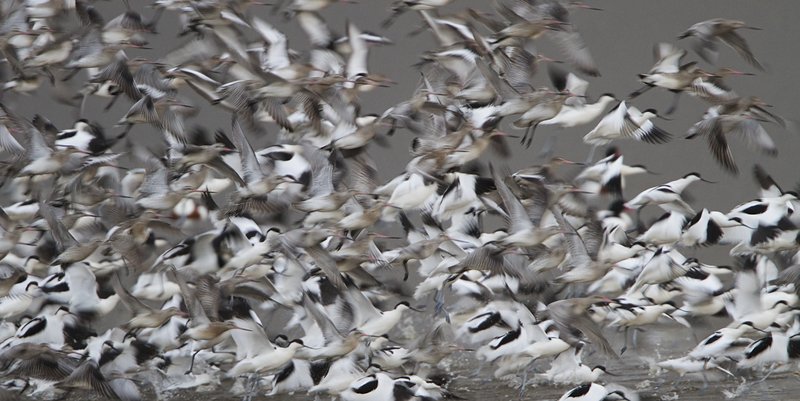 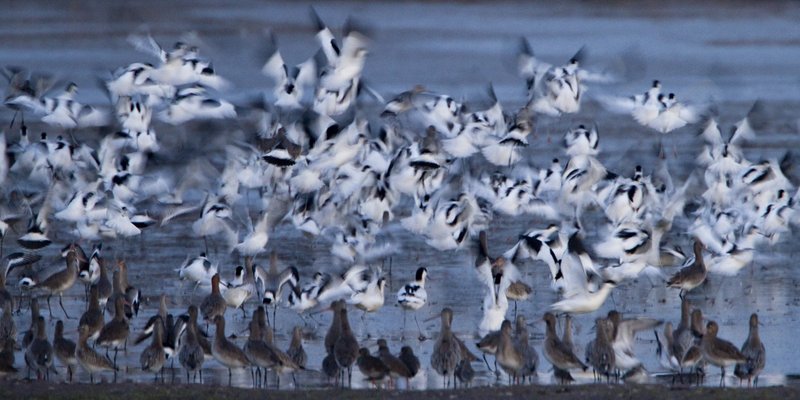 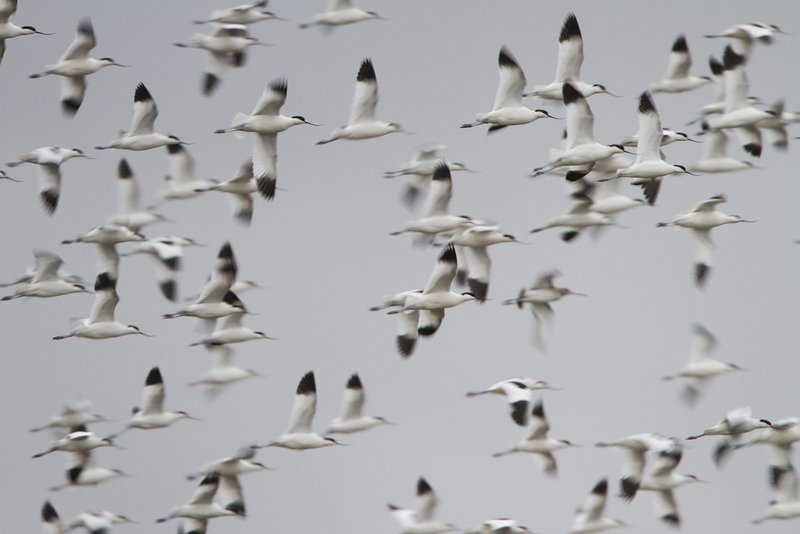 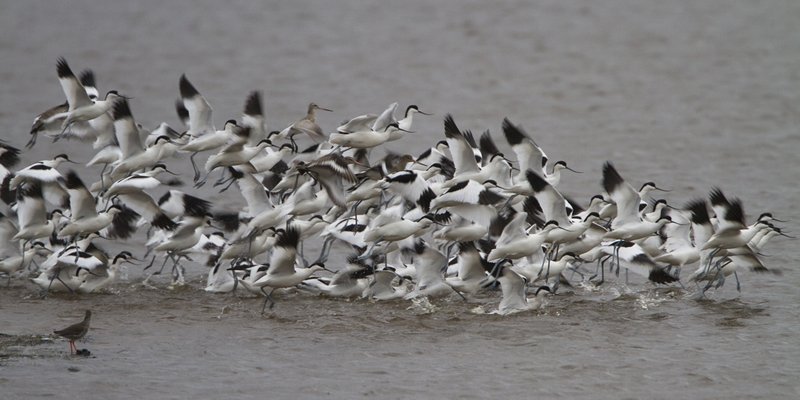 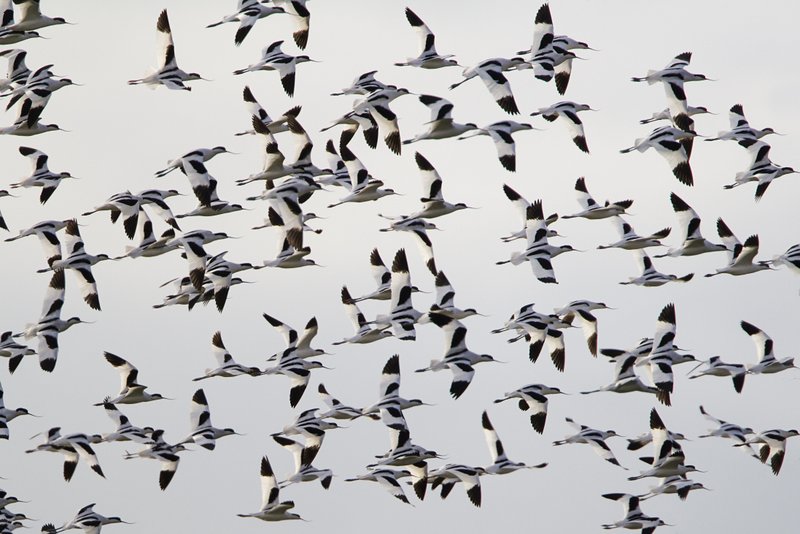 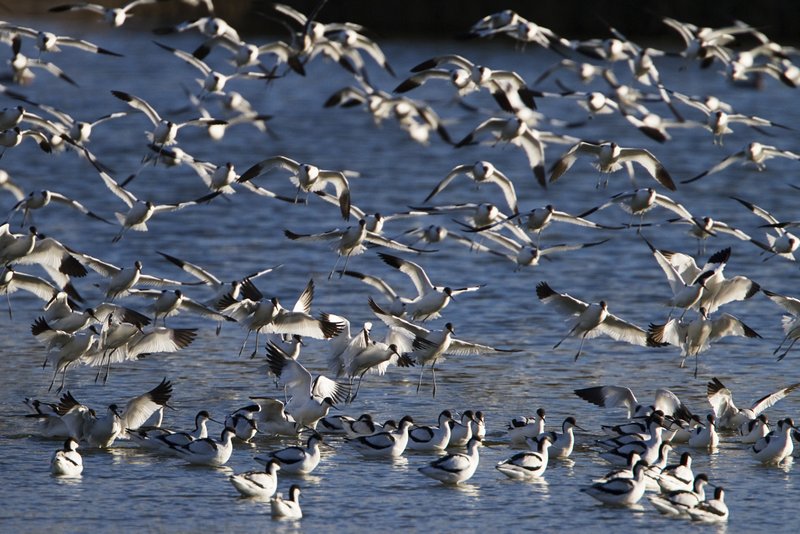 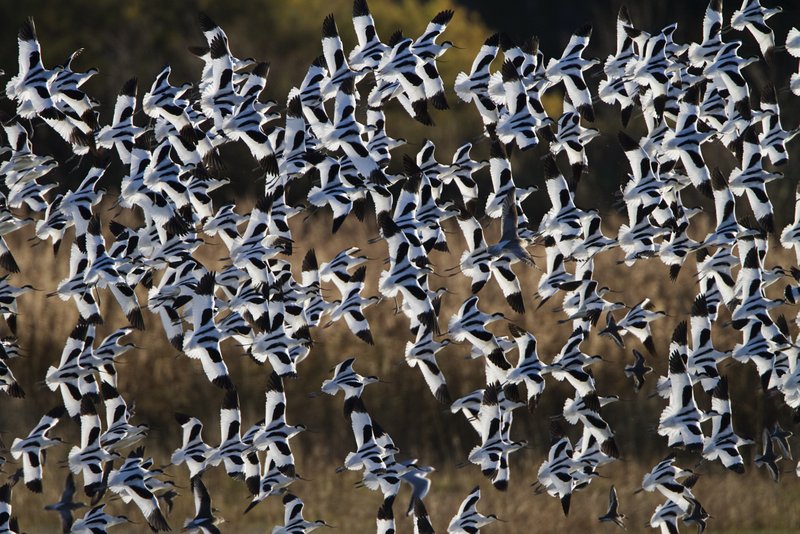 Landing Gear Down
Next
Previous